Anatomy of a Lemurian Seed Crystal 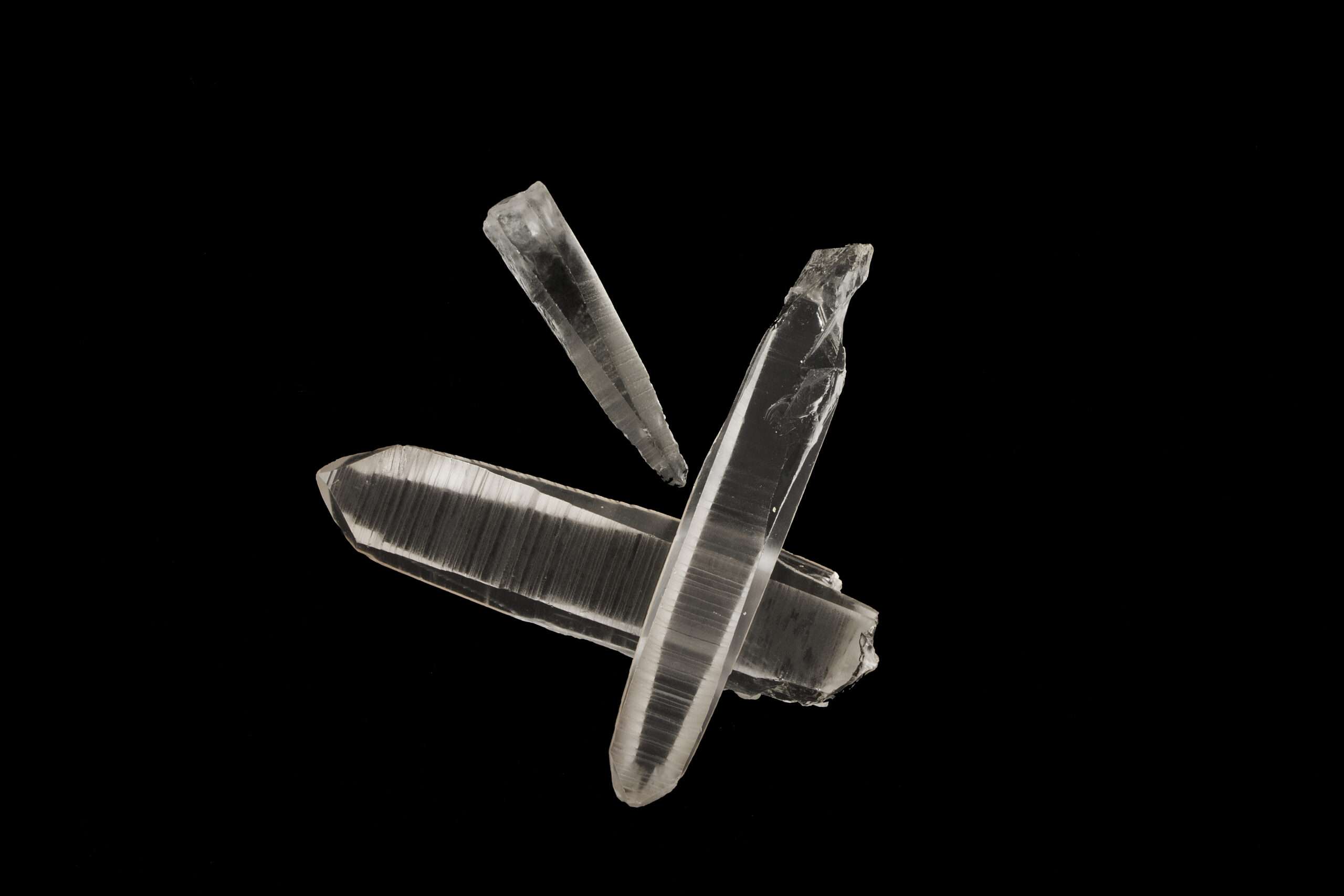 Back in the year 2000, a special configuration of quartz was discovered for the first time, or so the community of crystal healers will tell you. These unusual crystals were exceptionally clear on the interior with matte-textured surfaces. The crystals were generally long and thin, much like laser wand crystals, although their forms were much more angular and precise. Every other face along the body of these crystals featured unusual horizontal bars, the likes of which no one allegedly had ever seen. Though many were perfectly colorless, a large proportion of them were stained a pale pink from surface deposits of hematite (iron oxide).

A sample discovery was gifted to crystal healing pioneer Katrina Raphaell by David Geiger. She was informed that they had only been found in Serro do Cabral (pronounced “say-hoe doe cah-brow” in Portuguese) in Minas Gerais, Brazil. Reports flourished that they were found growing loose in the sand, and that they were neither attached to one another nor host rock, called a matrix. Katrina connected with these stones and felt a strong presence of Lemurian energy, as though the inhabitants of this lost land in the Pacific had planted the Lemurian Seed Crystals in strategic locations for later generations to find when the time was right. She wrote about them in her newsletter in 2000, and their popularity took off.

The story sounds amazing, but it doesn’t stand up to scrutiny. The unusual shape– or growth habit– of these crystals isn’t as rare or unusual as the spiritual world would have you believe. The specialised form that Lemurian Seeds take is called a “Muzo habit.” According to The Quartz Page (http://www.quartzpage.de/crs_habits.html#Muzo):

The Muzo habit actually occurs worldwide, although not every Muzo habit quartz is also a Lemurian Seed Crystal. For that matter, not every piece of quartz with horizontal lines is Lemurian, either.

True Lemurian Seed Crystals (LSCs for short) are identified by a confluence of very precise features. They are more or less clear inside, frosted on the surface, colorless-to-pink, display a Muzo habit (with a pronounced taper, three main faces along the body with horizontal striations, and tiny faces at the point or termination), and they come from Serro do Cabral.

Although these crystals are indeed found in sand, they did not form that way. (On a sidenote, my dear friend Sharron Britton gifted me with some of the sand from the original mines, and it is PINK!) These crystals originally form in pegmatites, which are rocks like granite with much larger, finer crystals that form their makeup; many popular precious and semiprecious gemstones also originate in pegmatites. The LSCs are weathered out of the rock and are buried in the silica-rich sand. Most will even bear the marks of where they grew alongside their neighboring crystals, too. These indentations often display the impression of the horizontal markings on the now-separated LSCs, and they are typically referred to as “keys” in metaphysical circles.

It didn’t take long for miners and crystal sellers in Brazil to realize that the people buying crystals were willing to spend many times more for stones labelled “Lemurian Seed Crystal.” These stones were being stickered right out of the gate to make them more easily identifiable, and less reputable sources began to place the same stickers on crystals that didn’t meet the criteria to be LSCs. Crystals from all over were being marketed under this new trade name. Some sellers were passing polished stones as LSCs, even though the telltale markers of the Muzo lines would have been stripped away in the process of cutting and polishing the stones. The effect of these practices has diluted what it means to have a true LSC, and it has subsequently made it difficult for many new buyers to identify them correctly.

Apart from less-than-authentic crystals being marketed as LSCs, many specialty Lemurian crystals also surfaced. In the Serro do Cabral region, new colors and variations on the original Lemurian Seeds have popped up over the years. The very first batches also included “Lemurian roots”– imperfect, cloudy bases of otherwise incomplete crystals that had once been attached to the more perfect LSCs we know of today.

Although the earliest batches held to the classical Muzo habit and exhibited frosty, matte surfaces exclusively, later batches often had shiny surfaces on the faces that lacked the horizontal markings. In addition to the pink and colorless LSCs, there have been green phantom LSCs, goddess phantom LSCs that were smoky-to-citrine, strawberry LSCs with extra hematite making them pink-to-red, “water” lemurians that were water-clear and had all shiny faces, smoky LSCs, tangerine LSCs and golden healer LSCs (both colored by varieties of iron oxide/hematite or other iron compounds), and a relatively recent find of citrine LSCs with interrupted growth.

Other locations around the world have produced breathtaking Muzo habit crystals that have also been blessed with the “Lemurian” energy. Examples include the Russian Lemurian Seeds (aka Sacred Scribes), green phantom Dow LSCs from China, Zambian LSCs, Mozambique Lemurians (aka Soul Shepherds), Himalayan LSCs that are as perfect as the originals from Brazil, and the strange Lemurian Dreamtime phantom crystals from Silent Grove in Australia. Other varieties, like firefox Lemurians, dreamcoat Lemurians, and Lemurian roots are also abundant today. I’ve encountered the odd Vera Cruz amethyst with a perfect Muzo habit and strong Lemurian energy, as well as a handful of Arkansas crystals that follow suit. One of the more exciting finds to date has been the optically clear examples of LSCs from Colombia (sometimes called “sentient plasma” crystals). They come from the area near Muzo for which their habit is originally named.

There are so many “Lemurian” crystals out there that it can be difficult to make sense of it all. More than half of the crystals I see labelled as “Lemurians” today simply do not have any of the telltale signs. Chances are, unless your seller can tell you where the stone was mined (perhaps even when), you may not be getting an authentic LSC. That doesn’t mean you won’t be getting a fabulous healing tool; it just means that it won’t be the tool you were expecting. Always be sure to ask the important questions, especially if you are investing in a quality mineral specimen of any sort.

In my years of working with and shopping for crystals, I’ve come to recognise some signs to watch out for when shopping for LSCs:

• Firstly, it’s hard to confirm whether polished crystals are authentic Lemurians. If the faces have been polished, there is no way to confirm the presence of a Muzo habit. Remember that “Lemurian seed crystal” is not a geological designation of a special variety of quartz, therefore polishing the crystals renders them indistinguishable from all other kinds of clear quartz

• Secondly, provenance is important. If your seller is claiming to have LSCs from China (and they aren’t the aforementioned green phantom Dows), it probably isn’t a real LSC. Many parts of Brazil yield similar stones, so it is perfectly acceptable to ask whether a specimen actually comes from Serro do Cabral.

• Also, look for a triangular or nearly triangular cross-section. It isn’t a firm identifier, as there are exceptions to every rule in nature, but it’s a good rule of thumb. Many LSCs have outlines that look like triangles turned into hexagons as if their corners were cut off.

• Clarity is a good indicator. Not every LSC is perfectly clear inside, just like not everyone has a velvety, matte surface. However, more often than not they subscribe to these patterns. Some varieties, especially the ones with phantoms, have more room for inclusions of other varieties.

•Strong horizontal lines caused by the Muzo habit should ideally be visible on three faces. They cannot occur on more than three faces, but it is possible to occur on fewer. Other types of horizontal lines can occur on any face, but they are typically fainter and are not easily felt by running your fingertip along the surface. These do not designate a LSC.

• There is a high degree of symmetry in Muzo crystals, especially at the point/apex/termination. As a result, you may find many Dow crystals among LSCs.

• Price is usually a good indicator, too. True LSCs, especially from older finds, aren’t cheap. I remember buying my first two Lemurian seed crystals in the year 2000 for $3 and $12 (USD) respectively. The same stones on today’s market would be 4-8 times that value. You might get lucky and find some true Lemurians among B-grade and C-grade quartz, but you’ll have to hunt to get those kinds of bargains.

Lemurian Seed Crystals were the first crystals to really speak to me. I can genuinely say that my first truly paranormal experience with any crystal took place when I meditated with my first one. They are very near and dear to my heart, and I have been teaching classes on their use since 2004. In all these years I have met many wonderful Lemurian crystals, including truly spectacular and strange ones that don’t quite adhere to the rules outlined above. Each has been a joy to work with.

It is my sincerest wish that you will be able to connect with the energies in the Lemurian Seed Crystals and enjoy their special gifts. Spend time researching what they look like and from where they come. Get to know them in-person, and read books that describe their appearances and uses. More than anything, open your heart and let out a sincere request that the Lemurian consciousness/beings help guide you to the right stone for you.

Acclaimed author and teacher, Nicholas Pearson, is among the foremost experts on crystals. He combines an extensive background in mineral science with his love of healing, spirituality, and folklore to illustrate the healing properties of gemstones. Nicholas is also an avid Reiki practitioner and instructor with a deep interest in the roots of Reiki.
 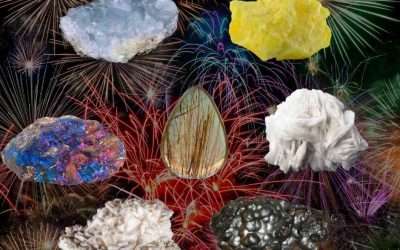 The Mineral Magic of Fireworks

Arguably the most iconic part of most New Year's celebrations, fireworks have lit the night sky...

END_OF_DOCUMENT_TOKEN_TO_BE_REPLACED 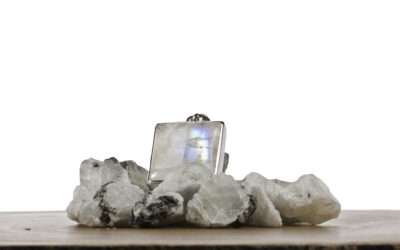 Perhaps one of the very first uses of sacred stones and talismanic gems was to provide safety and...

END_OF_DOCUMENT_TOKEN_TO_BE_REPLACED 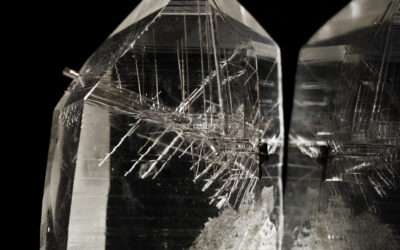 The mineral kingdom has held a perennial allure over humankind. Metals and ores, gemstones and...

END_OF_DOCUMENT_TOKEN_TO_BE_REPLACED
« Older Entries
Manage Cookie Consent
We do not sell your information. To provide the best experiences, we use technologies like cookies to store and/or access device information. Consenting to these technologies will allow us to process data such as browsing behavior or unique IDs on this site. Not consenting or withdrawing consent, may adversely affect certain features and functions.
Manage options Manage services Manage vendors Read more about these purposes
View preferences
{title} {title} {title}